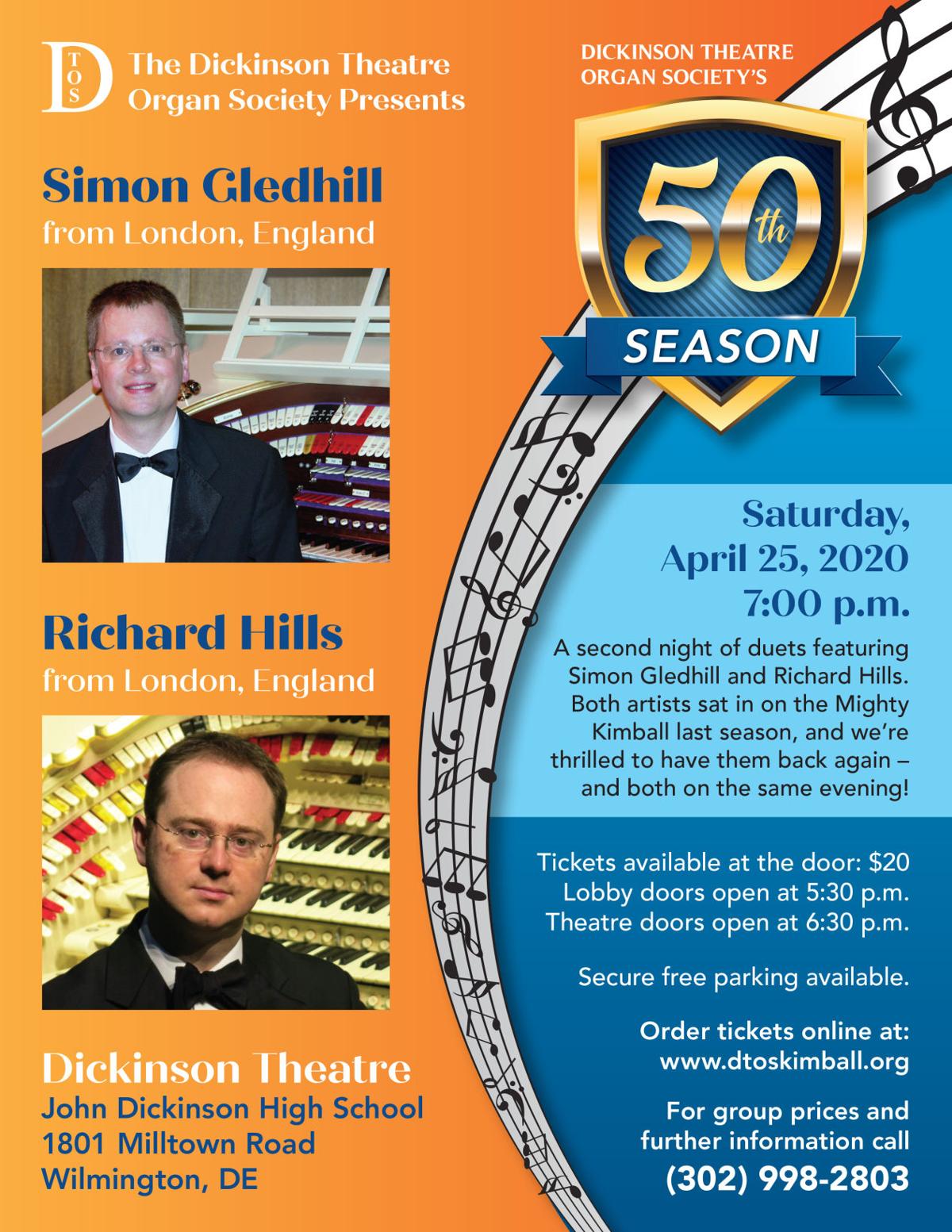 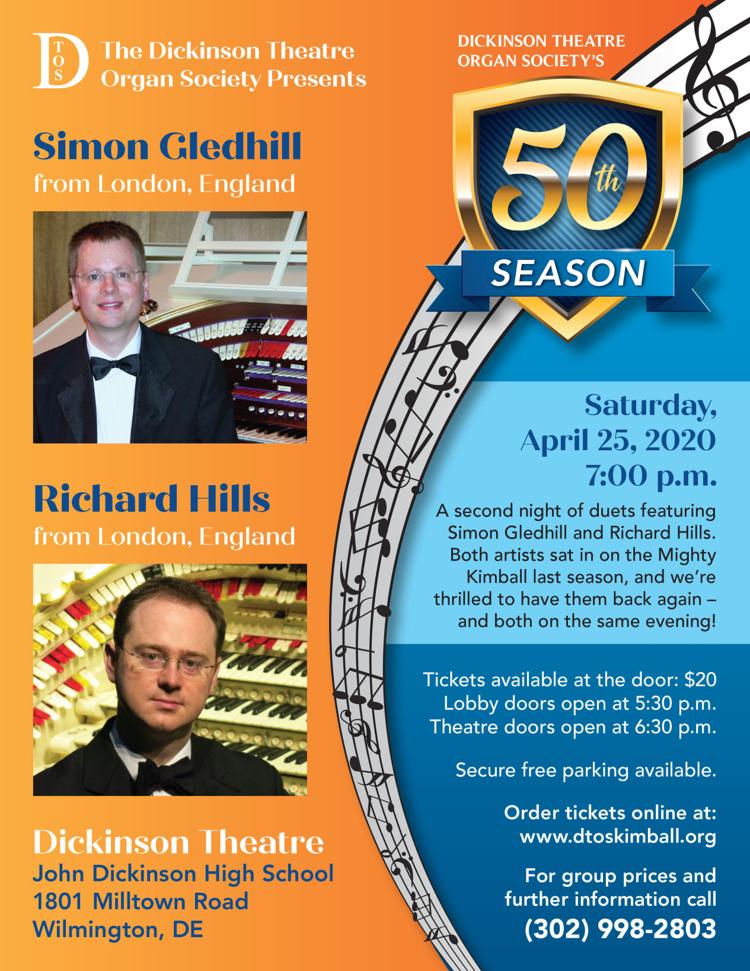 Mr. Simon Gledhill and Mr. Richard Hills from London, England will be making a very special appearance at the Dickinson Theatre Organ Society to celebrate the 50th Season of concerts at Dickinson.  Mssrs. Gledhill and Hills will be performing solo and duets on the 4th Largest Theatre Pipe Organ in the World to featuring British music as well as Broadway, Motion Pictures and Popular music from the American Songbook.  The Dickinson Theatre Organ's Mighty Kimball is larger than the theatre organ at Radio City Music Hall.