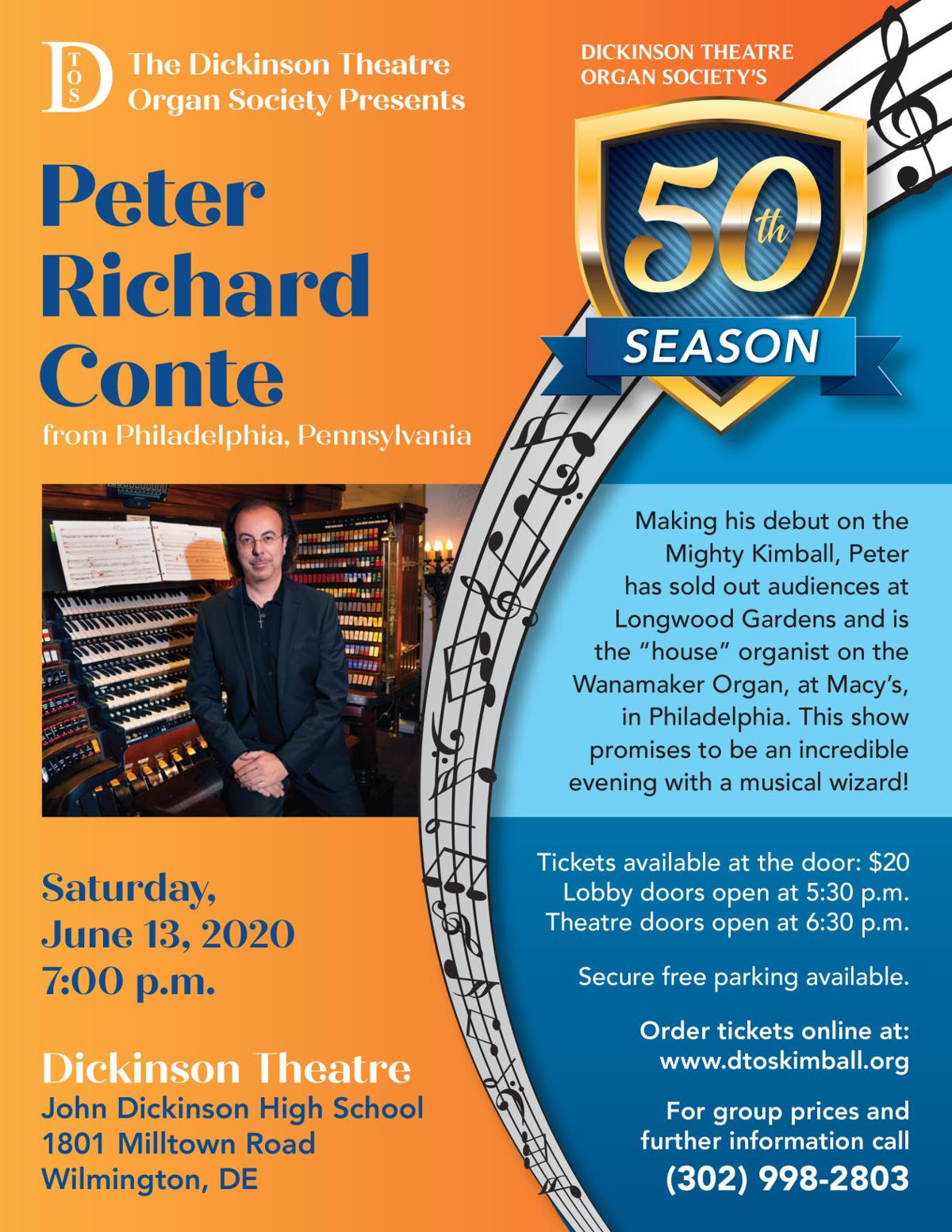 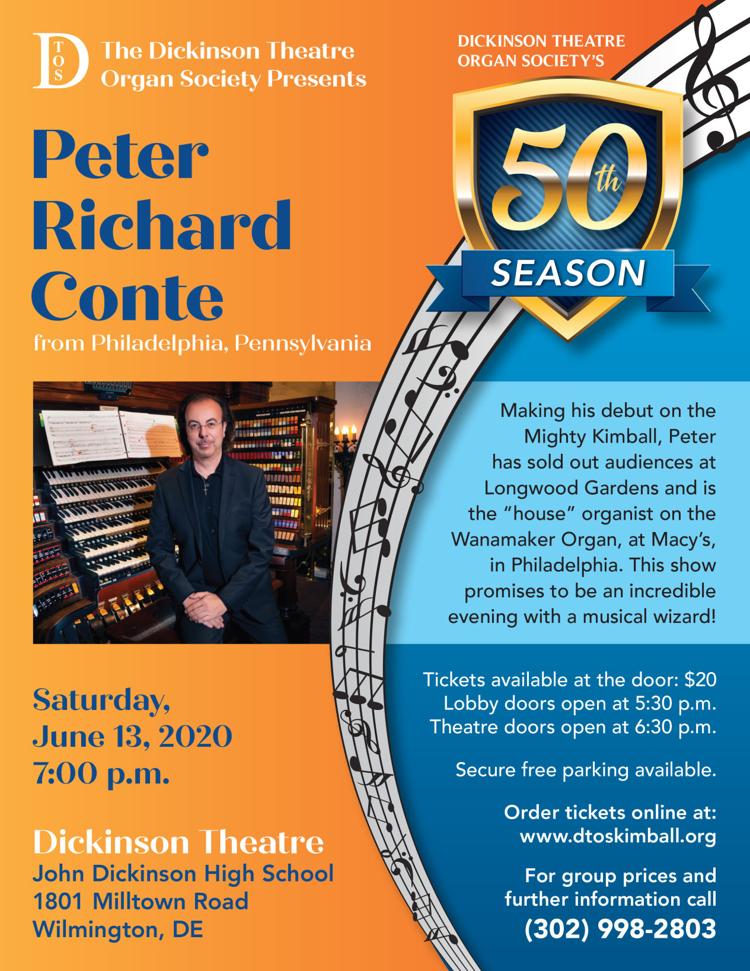 Maestro Peter Richard Conte will be making his debut appearance at the Dickinson Theatre Organ's final concert of their 50th Season.  Mr. Conte is the "house organist' at the famed Wanamaker's/Macy' organ in Philadelphia, PA as  well as Longwood Gardens in Kennett Pike, PA. He will be performing selections from Broadway, Motion Pictures, Classical and Popular music.  The Dickinson "Mighty Kimball" Organ is the 4th Largest Theatre Pipe Organ in the World and is larger than the organ at Radio City Music Hall.